All New Subaru e-Hybrid Is Just Around the Corner 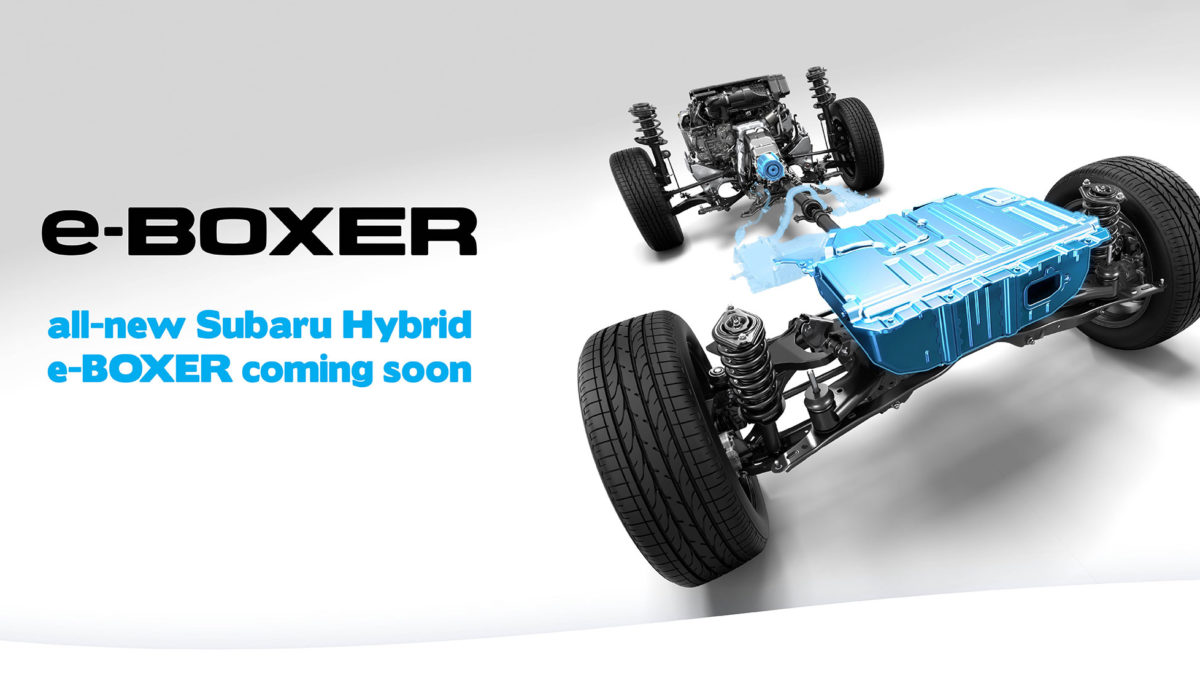 If you’re looking for an electrifying ride, Eblen Subaru may just have just the thing for you.

Subaru’s Forester and XV SUV hybrids are expected to land in the first quarter of 2020 and already look like they’ll be making a dent in the hybrid market, which has seen a lot of momentum in Australia. The Forester, in particular, is expected to go toe to toe with Toyota’s RAV4 hybrid.

Subaru’s hybrid system utilizes the company’s symmetrical drivetrain to produce lower emission and better fuel efficiency with the addition of an electric motor and a stack of batteries. Critical for the company was to maintain a similar weight distribution to maintain the company’s world-renowned centre of gravity and industry-leading suspension system. The company ultimately fused two compact motors and a powerful battery back to make the hybrid system work in concert with Subaru’s symmetrical full-time all-wheel-drive system, living up to their motto Innovation in Motion.

The electric motor is tailored to accommodate all electric driving in EV more or to work in conjunction with the petrol engine in motor assist mode. The electric motor is also effective at quickly and efficiently recharging the high voltage battery through kinetic energy capture. Subaru’s Continuously Variable Transmission been optimized with the Hybrid Lineartronic system, which leads to greater response, improved fuel efficiency and reduced emissions.

As a result, Subaru’s hybrid vehicles are significantly more environment friendly, 16% more fuel efficient than the non-hybrid version and not in any way compromised in performance, space, dexterity or capability. The nickel-metal hybrid battery, inverter/converter and other components are all under the luggage compartment floor to insure the vehicles aren’t compromised o interior space and there is no impact on performance or weight.

Expect the Forester E-Boxer mode to land first, followed by the smaller XV crossover. Both vehicles will combine a 2.0-litre direct-injection engine that produces about 120kW of power and 253Nm of torque through a Continuous Variable Transmission gearbox/motor unit and a lithium-ion battery pack. The system runs strictly on electric power at low speeds and low throttle inputs, utilizing the two different power sources to give the drivetrain extra power.

This is particularly useful in urban environments with bumper to bumper traffic and frequent stops and starts or when driving slowly in parking lots, one area petrol-powered vehicles are particularly inefficient. Meanwhile the batteries are constantly recharged by kinetic energy from the brakes that is captured, and Subaru says its X-Mode off-road functions have an extra bit of power from the electric motor when accelerating.

Protecting The Environment Without Sacrificing Performance or Space

Subaru says the Forester will have fuel consumption of 5.4 litres per 100 km, a significant improvement over the 7 litres per 100 km in the 2.5 Forester. Subaru specifically designed its Subaru Global Architecture chassis to be accommodating for electrification, so the new vehicles will require very little modification, while Toyota, a significant Subaru shareholder, is in a good position to supply the company with hybrid components that have already been tried and tested in the market.

Subaru has carefully considered how to incorporate an extremely efficient and effective hybrid system in its vehicles with no sacrifices to performance, power or interior space. The seamless system once again reflects Subaru’s commitment to be an industry-leading company in all respects.

Register today and stay tuned for more updates coming from Eblen Subaru. All registered inquiries will go into a draw to be the first to experience the Subaru Hybrid.