The 2020 Subaru Levorg Unveiled at the 2019 Tokyo Motor Show 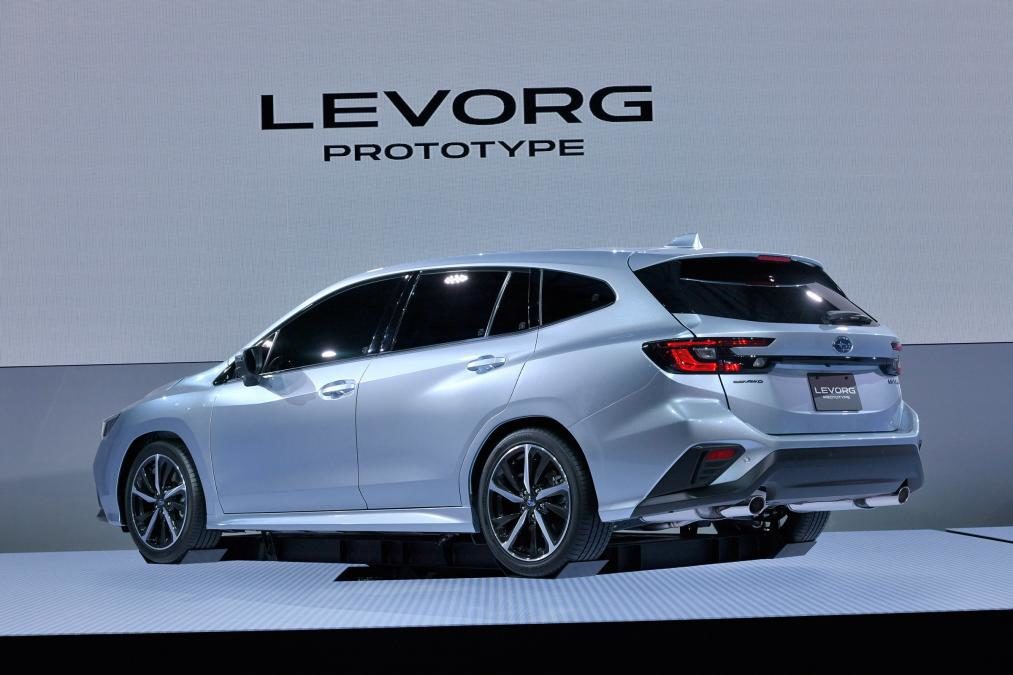 Subaru’s Newest High Speed Tourer Is Just Around the Corner

Looking to get on the wagon? There’s never been a better time with the expected arrival of the 2020 Subaru Levorg, which was first unveiled at the 2019 Tokyo motor show.

The second-generation five-seat, four-door Levorg station wagon is based on the Impreza, sharing the same mechanical foundations but with a unique body. At first glance, it resembles a WRX wagon, but a WRX wagon this is not. It’s bigger than an Impreza hatchback, but not as large as an Outback wagon. The main feature that distinguishes it from a next-generation WRX wagon is the cargo body attached to the back.

It won’t come in manual and will only be offered in Subaru’s continuous variable transmission. Being marketed as a “high speed tourer”, it’s expected to feature a new engine in Subaru’s family – the 1.8-litre turbocharged H4. The fact that the Levorg sports a slick bonnet scoop hints that it’s a vehicle geared towards performance – while it’s still speculation, rumours abound that the Levorg will come with a 1.8-litre flat-four turbocharged engine, which would replace the current 1.6-litre turbocharged engine.

Power and torque outputs have not been released but we expect them to match or outperform the current model.

One of the biggest additions to the new model is Subaru Global Platform that will underpin the Levorg. The new body and chassis provides higher rigidity, greater strength, lighter weight, enhanced rolling resistance and more responsive steering. All in all, the Levorg is a vessel for Subaru’s next generation innovation that culminates in a more confident, enjoyable, safe and comfortable ride. The Subaru Global Platform, which the company says it spent $1 billion developing, also leads to a quieter cabin and smoother ride.

There have been whispers that the new Levorg will have semi-autonomous technology with a high-definition map and vehicle locator that uses GPA data to navigate the road ahead for a more predictable driving experience. It can actually recognize the shape of he road ahead and tailor the vehicle’s speed before nearing a curve.

Packed With Practicality and Safety

Subaru’s advanced award-winning EyeSight driver assistance technology is also expected to make the cut. It will include technologies such as Adaptive Cruise Control, Lane Departure and Sway Warning, Pre-collision Braking and more. Newer features such as an updated stereo scanning feature with wide viewing angles, radar in the front and rear bumpers and advanced cruise control that slows down at corners and turns are also expected to make their debut in the Levorg.

While the new model is supposed to hit the Japanese market in the second half of 2020, it’s unlikely the 2020 Subaru Levorg will make it to Australia before 2021, watch this space for the latest updates.